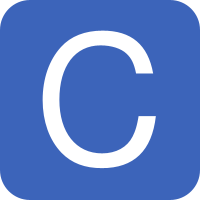 Linux supports modern desktop-style graphical user interfaces, but it also provides a powerful textual shell or command-line interface (CLI). Such a command-driven interface might seem somewhat old-fashioned, but it has a number of benefits:

Technically, the commands are initially parsed and processed by the shell, commonly bash, the "Bourne-again shell". Interactive shell input and output is handled by software such as Sakura or xterm that emulates an old-style terminal.

The basic interaction for the CLI is as follows:

Some useful command-line tips and tricks: